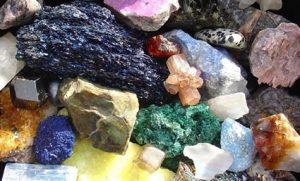 In its quest to jump start the solid mineral sector and restore its lost glory, the Federal Government of Nigeria has shifted its role in the sector from that of an ‘owner-operator’ to the role of an ‘Administrator Regulator’.

Denca services limited has seized the opportunity presented by Government to make in roads in a number of minerals and mining properties put up for bidding by the government. A few of these are listed here under.

Bitumen was first discovered in Nigeria in 1990. It underlines a belt which stretches East-west for over 120m, with outcrop expose of over a 6km wide region. The exposure shows that standards have been highly impregnated into blocks and subsequently put up Blocks 1 and 2 for bidding in the year 2006 biding exercise. Denca service limited in partnership with Guangdong Geological Construction Group of China put forward its bid for Block 2 and successfully passed through the expression of interest stage and technical stage and emerged reserve bidders for the block.

With an estimated reserves of over 2 billion tons of coal deposits, over 500 millions tone have been proven in about 22 coal field spread across Nigeria. The coal deposits have low ash and sulphur with medium to high calorific value. advert have been put up for interested investors to bid for the various coal properties and Denca Services Limited is possed to make an entry into the coal sub-sector by putting up a bid in this current bidding exercise.

Gold deposits in Nigeria occur in primary, eluvial or alluvial forms and can be found in various parts of the country. The grades range from 0.4g – 75g per ton. The federal government of Nigeria has presently put up adverts inviting interested investors to express interest in Gold mining titles. Denca services is also ready to put up a bid in the aforementioned gold properties.